Helmets to be auctioned for charity, supporting ‘savemybrain’ campaign by Foundation for Prevention and Aftercare of Head Injuries + ABUS Nordic.

Supporting a charity campaign from their top sponsor and helmet / security partner, ABUS, the Movistar Team wore a special-edition set of helmets over the first two road stages of the 2022 Tour de France which were held in Denmark.

The Telefónica-backed squad is set to use the ABUS GameChanger ‘Viking’ design, in a link to both the venue of the TDF’s northernmost Grand Départ and the Viking campaign run by ABUS Nordic, supporting the ’savemybrain’ initiative, in collaboration with the Foundation for Prevention and Aftercare of Head Injuries. 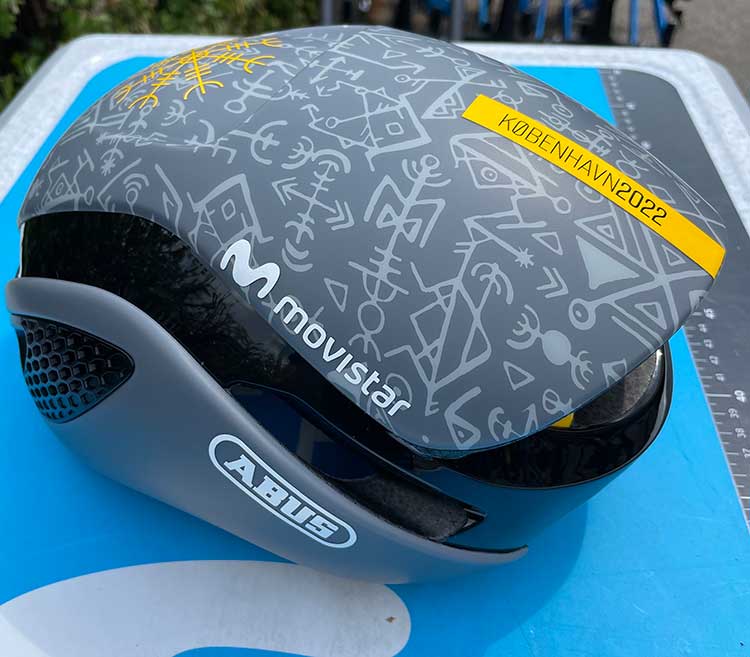 The Danish Road Safety Council and ABUS are promoting the use of helmets among young people and adults on the road, with the main idea in mind, and related campaign, that “Helmets have always been a good idea.”

The ABUS GameChanger ‘Viking’ helmets used by the eight Movistar Team riders on stages two and three of the 2022 Tour de France have been put up for auction to support the ‘savemybrain’ initiative. The auction is available at MatchWornShirt. 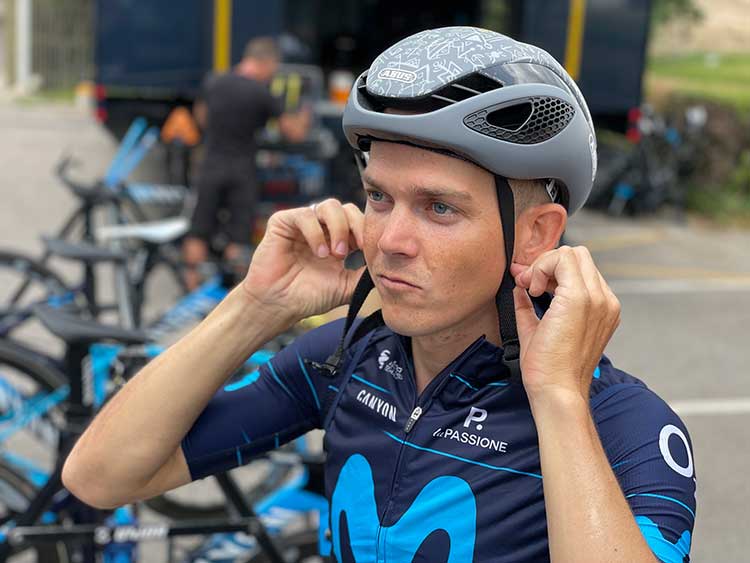 ABUS is involved with the ‘savemybrain’ foundation, among others. With the proceeds of the ABUS GameChanger ‘Viking’ auction, we can make a valuable contribution to preventing accidents and providing the best support for children who have suffered craniocerebral trauma. Safety first. Martin Böckelmann – Senior Manager Sponsorships and Sports Marketing, ABUS