MARINONI: The Fire in the Frame Film Premieres in Los Angeles Today

Photo of the Week: Racing in the Rain

A couple months ago, we came up with the idea of doing a “Cookie Corner” every day at the Tour of California, to get the word out about my cookie-themed bike ride in Malibu October 15. I did the Tour of Cali 7 times as a rider, but this was a very different experience. 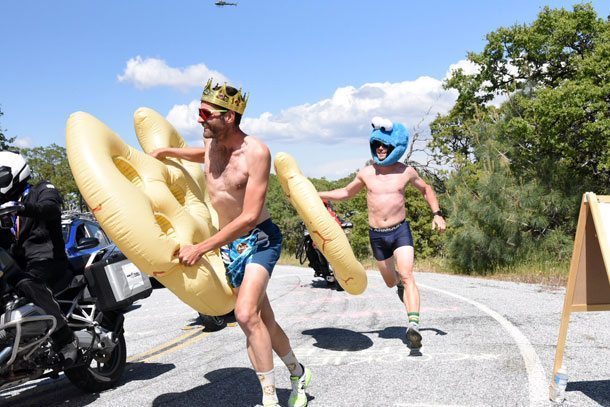 The race started in Sacramento, but folks had been asking me to give Old la Honda a shot as part of my KOM missions, so I left a day early and took a detour. I was pleasantly surprised to have great legs after 5.5 hours in the car, and excited to post Gopro footage overlaying power, speed etc. Then I went to dinner in Oakland, where my car was broken into, with two suitcases stolen, along with a backpack containing the camera, laptop, clothes, and my Faberge Egg collection (just kidding, State Farm!), so there won’t be video of that effort, and if you see a homeless person in a Castelli cookie speedsuit, get him. Then I drove two hours to Sacramento at 5 AM so I could be at the car dealer when they opened, only to find out that the only glass that would fit my car was back in Oakland. 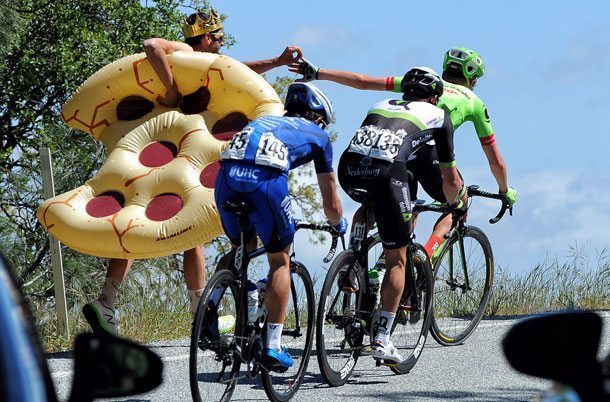 My bike was untouched in the robbery, and by the next day, my car was secure again, so I was ready to cookie. Expo life meant getting up early to set up the tent before they close the streets to traffic and vendors, and then sitting around in the sun all day, passing out cookies and telling folks that we’re in fact not a company selling cookies…we’re giving them away on a bike ride to benefit No Kid Hungry, working with a handful of celebrity chefs who’ll also be cooking at the expo and the finish festival. 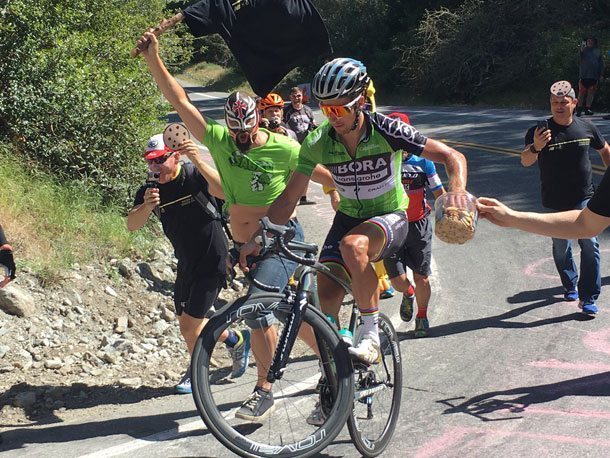 The second stage was Mt. Hamilton, where we had a nice crowd and spoke to lots of riders, heckled well, and many of you saw my nasty shirtless self on TV. Cookie Corner was hoppin’ at the sprint point in Pasadena, and it was nuts on Mt. Baldy. Incycle invited their crew, so we had a giant group holding cookie signs, cheering, and chasing the riders. I’m proud to say that I created the event where Peter Sagan rode a wheelie up a switchback, reaching into the jar for a cookie. Also shoutout to Lawson Craddock for stealing the cookie car and dumping it into his mouth.

I really thought I’d hate going to a bike race after retiring, and to be dead honest, I did want to jump in and get on the front for Talansky on the Hamilton stage, because that’s the kind of stage I was always good at. Then I saw Toms crash, which made me feel like I was on the right side of the bike race at this point in my life, and when all my old rider friends, mechanics, and soigneurs stopped at Cooker Corner on their way down or swung by the booth in Big Bear, I was really happy I went. People love free cookies, so everyone I met was smiling, I signed many copies of “Ask a Pro” and “Pro Cycling on $10 a Day,” and had a great time. It’s a big relief that bike racing can still be a part of my life, and I want to thanks everyone who made it fun and easy for me. Check out the Cookie Corner photo gallery, and sign up here. 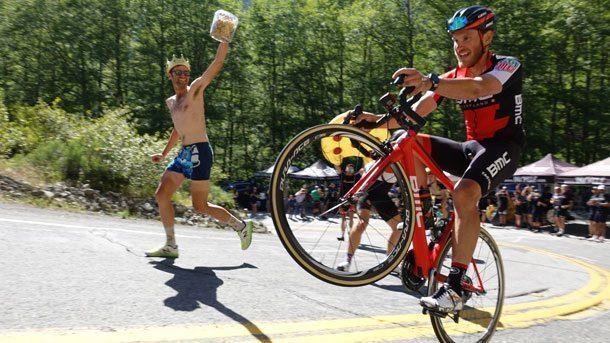 If you enjoyed our cookie antics at the Tour of Cali, you’ll love Phil’s Fondo. This will be worth a flight and the hotel. Bring your family, so they can go to the beach or Six Flags while you ride. Early pricing saves $50, and THIS WEEK ONLY, use the code COOKIECORNER for an extra $20 off.