Sidi won The Spring Classic with an extraordinary Vincenzo Nibali.

It wasn’t just a victory, it was a tremendous feat. There is no other way to describe the actions of a rider who shook off all adversaries from his wheel and took off alone, staying ahead of the pack until he crossed the finish line, arms raised in triumph. And this was not any ordinary race, but one of the five monumental classics on the calendar, the Milano-Sanremo. 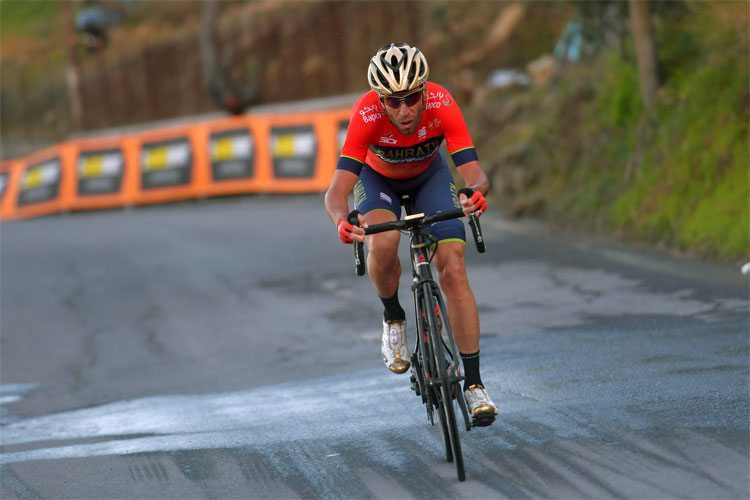 The author of this incredible and thrilling accomplishment is called Vincenzo Nibali. This was a victory he sought and worked for with fantastic determination. 294 km, which become 308 km with the transfer stretch, this year with so much rain and cold. On the Cipressa climb Nibali stayed ahead with the best of the group; on the Aurelia straight he raced intelligently so as not to lose his position and finally, on the last hurdle of the day, the climb on the Poggio, he put himself out ahead to then take off solo, shaking the chasing pack off his tyre. Then, after coming off the summit with a mere 12 second advantage, he nosedived down the descent, on his favourite type of terrain. On the final flat stretch along the Aurelia he gave it everything he had to resist the frenzied chase by the pack being spurred by the sprinters’ teams. But for them it was no use. The Shark had struck again. Great happiness and satisfaction for Sidi too. Vincenzo Nibali and all the riders on the Bahrain Merida Pro Cycling Team wear Sidi Shot shoes, the top models in Sidi’s road cycling collection. Sidi rounded out the podium with a third place by French champion Arnaud Demare (FDJ), winner of the 2016 Sanremo race. 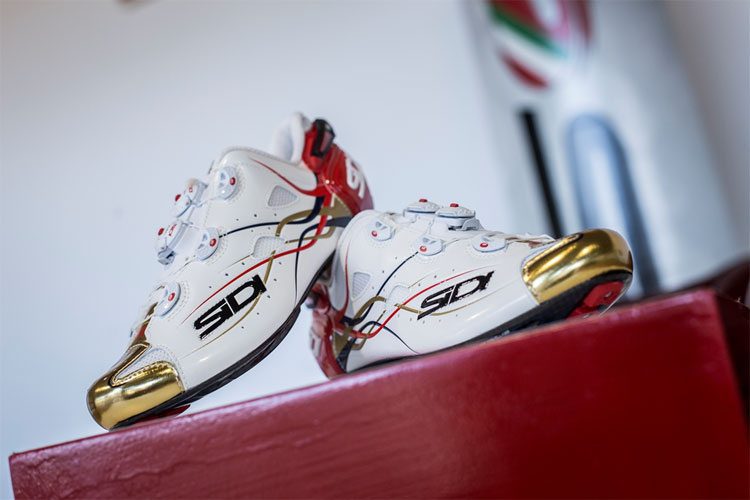 After two victories in the Lombardia (2015 and 2017), this success in the Sanremo brings Nibali to a total of three victories in the monumental classics. These classics only enhance his portfolio, which already includes two victories in the Giro d’Italia (2013 and 2016), one in the Tour de France (2014) and one in the Vuelta Espana (2010); races in which Nibali has also managed to make it to the final podium several times. Major Tours and major one-day classics are a combination from latter days that only a few cycling greats have managed to pull off. In fact, historically, only Anquetil, Merckx, Hinault, Gimondi, Contador and Nibali have succeeded in winning all three major Tours. Among them only Merckx and Gimondi have also triumphed in the two opening (Sanremo) and closing (Lombardia) classics of the season; now Vincenzo Nibali is joining their company. 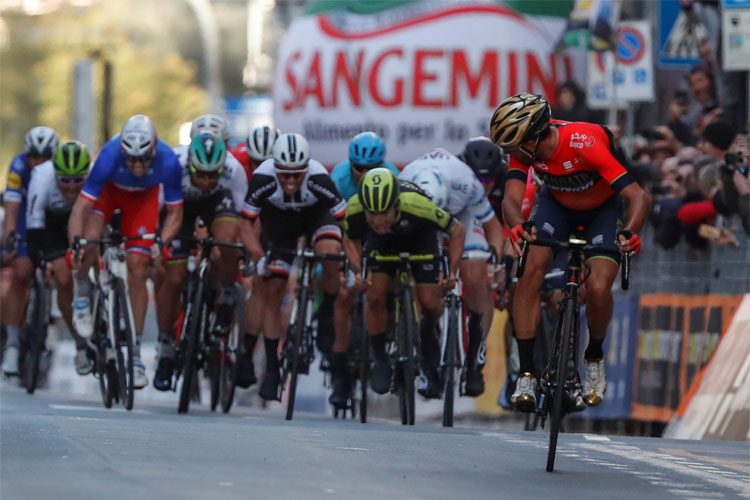 The Shark had paid Sidi a visit before the start of the new season with lots of plans and best intentions for 2018 (watch the video and interview). We can say that the season has gotten off to the best possible start, for him and for Sidi. Now we’re looking forward to the next challenges…we’re aiming for the Liege-Bastogne-Liege, then the Tour de France and after that the World Championships…dare to dream big!