After the general classification was decided yesterday at the La Vuelta a España, the sprinters had one last chance to take a win on today’s 139 km-long route. The stage commenced in the Hipódromo de la Zarzuela, on the outskirts of Madrid, and ended on a circuit in the city center of the Spanish capital in a show-down of the fast men. After Primoz Roglic, the overall winner, celebrated his triumph on the first half of the stage, the race subsequently commenced in earnest. A small group tried their luck in a breakaway, but their efforts remained ultimately unrewarded. Deceuninck – Quickstep first led the field over the last kilometers before BORA – hansgrohe took the lead and prepared the sprint for Pascal Ackermann with three remaining riders. When the German fast man launched his sprint, Sam Bennett came from behind, but was unable to overtake him and so Pascal took his second stage victory at this year’s Vuelta. 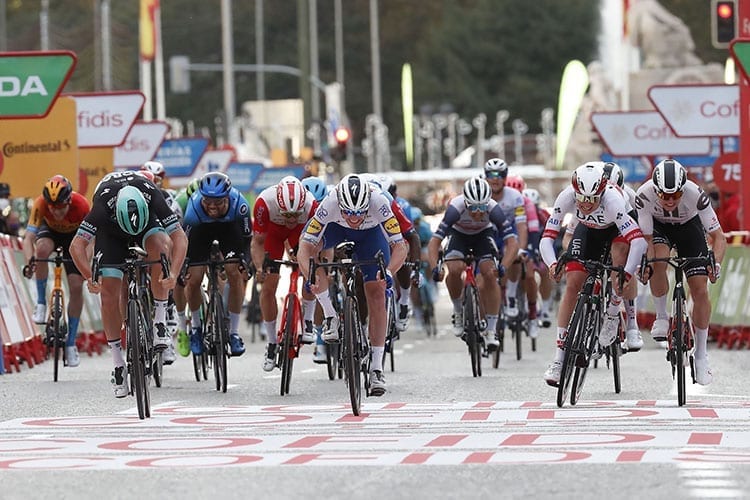