While although the cycling world’s collective attention has recently been placed in the direction of the Olympic Games, it is the grand tours that are the sport’s bread and butter and after the Tour De France has been contested for 2021, the focus will quickly move across the west of Europe.

That is because after the Giro d’Italia that went before France’s great race, it is the third of this famous continental trilogy that lies in wait and that can only mean one thing. That of course being, the next staging of the Vuelta a España.

Better known as just the Vuelta, this legendary cycling event is another war of attrition like its Italian and French cousins and contested over three weeks, it takes in some of the steepest mountains that Spain has to offer.

Of course, when it comes to Spain and the summer, it can be an oppressively hot place to be and although the climate does become slightly less aggressive in September, it is not necessarily conducive to a leisurely bike ride either.

This means the stresses and strains that a peloton of world-class cyclists will have to usually deal with, are only magnified further by the heat and although a multitude of liquids will be available to those who take on the challenge of the Vuelta, hydration in the heat will be a constant battle.

In what is seemingly the golden age for Slovenian cycling and perhaps an unexpected one at the same time, Roglic and compatriot Tadej Pogacar have sown up the Tour and the Vuelta between them in recent times. 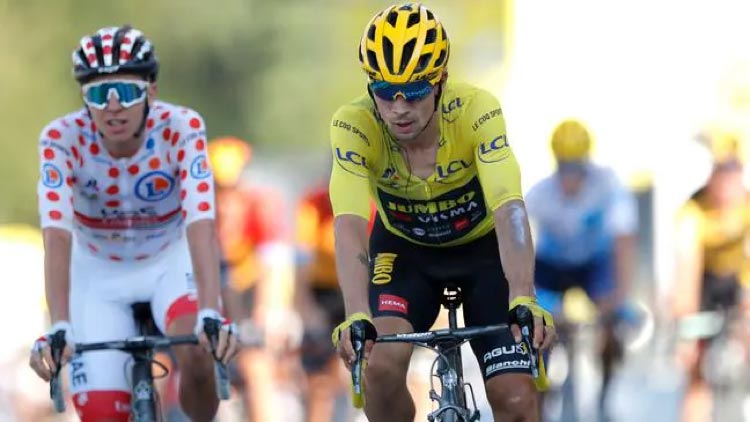 Whereas Pogacar has won the 2020 and 2021 of the Tour, Roglic has achieved a similar feat when it comes to the 2019 and 2020 editions of the Vuelta and for many, he looks to be in the ideal place to land a threepeat later this summer.

According to the current sportsbooks odds, the 31-year-old Roglic is the favorite to come out on top after three weeks of grueling cycling and for those looking to place a bet, the use of Fan Duel promo codes may help you along the way.

Because this could be a punt that is as safe as houses and especially when you consider the news that has recently come out of the Pogacar camp – news that has seen him not entering this year’s edition of the Vuelta.

Something that Egan Bernal will be hoping for and with him leading the way for the Ineos Grenadiers team, his aim will be not only to win the race outright but also be the first Colombian to do so since Nairo Quintana in 2016.

The 24-year-old has an impressive 2021 by his own standards and after winning the 2019 Tour De France, he added to his list of grand tour success by winning this year’s staging of the Giro d’Italia back in May.

Of course, if Bernal can come out on top for his Ineos paymasters, it will also mean that he will have completed the hat-trick of grand tours and with him also being priced as the current second favorite, he may be worth your betting consideration also.

When it comes to British interest, the name Yates has been synonymous with the Vuelta in recent years and with Simon winning the race back in 2018, his twin brother Adam will be looking to restore family parity this time around.

Adam is currently the fourth favorite in the outright market and therefore, an each-way bet for a podium finish may be considered better value. However, with the fact he has one less Vuelta to his name than his brother, that might just be enough to spur him on to overall victory.