Photo of the Week: Victory in Old Town Murrieta

Interbike Partners with BikeFlights.com to Encourage Attendee Riding in Reno

Chris Froome wearing yellow in Paris for the fourth time. The final Top 5 is all Sidi. 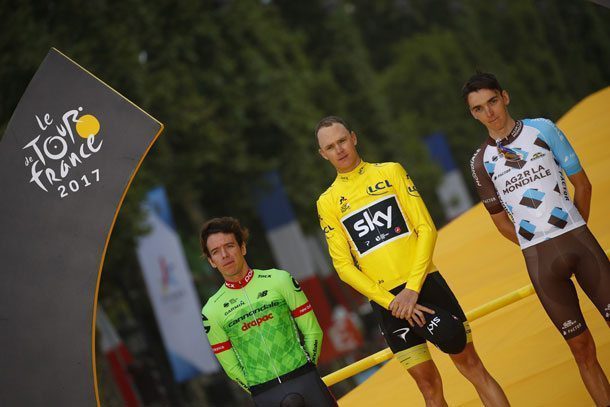 Sidi is used to great victories, but this Tour de France will be one to be remembered for a long time. La Grande Boucle brought immense satisfaction and plenty of excitement to Sidi, as well as to all cycling enthusiasts. 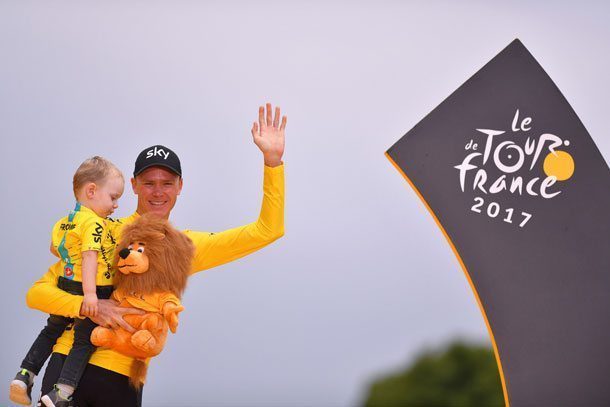 Chris Froome has confirmed his position as the master of the Tour. For the fourth time, and third consecutive time in his career (2017, 2016, 2015 and 2013), the British champion from Team Sky donned the yellow jersey on the top spot of the podium in Paris. Sidi SHOT shoes were with him throughout his triumphant three week ride across the Pyrenees, over the Alps and through the heart of France. These are the top of the line models in the Sidi collection and of course, to celebrate this victory, Dino Signori had them dyed in yellow especially for his champion. Chris Froome all in yellow, all the way down to his shoes, has become a tradition in the final showcase on the Champs Elysees. Sidi is applauding all of their champions. In second place we find Colombian Rigoberto Uran (Cannondale-Drapac), who this year was perhaps the best Uran we’ve ever seen. Third place went to the young French talent Romain Bardet (Ag2r), who was also on the podium in 2016; he knows just how to light a fire in the hearts of all French people. The list of Sidi champions continues. The Spaniard from Team Sky, Mikel Landa, made it to fourth place, and he was fundamental in the victory of his captain. From what we’ve seen of him, first in the Giro d’Italia and then at the Tour, he has shown that he can fight for a victory in his own right in a major tour. 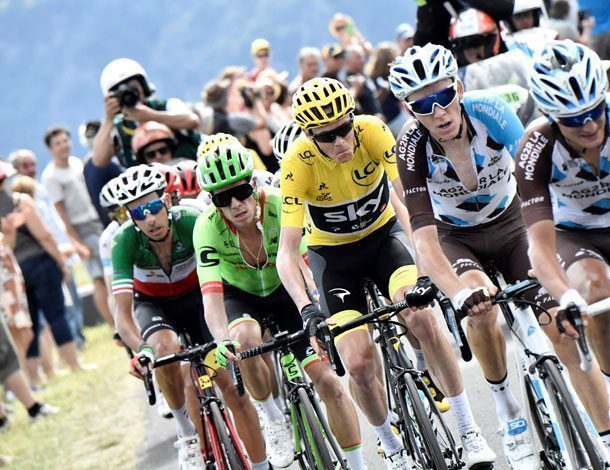 And finally, in fifth place is Fabio Aru (Astana), who was one of the major players in this Tour, racing in the tri-coloured jersey as the Italian National Champion and managing to win the beautiful stage featuring a climbing arrival at La Planche des Belles Filles, and especially since he donned the yellow jersey for two days, keeping the dream alive for all Italian fans. 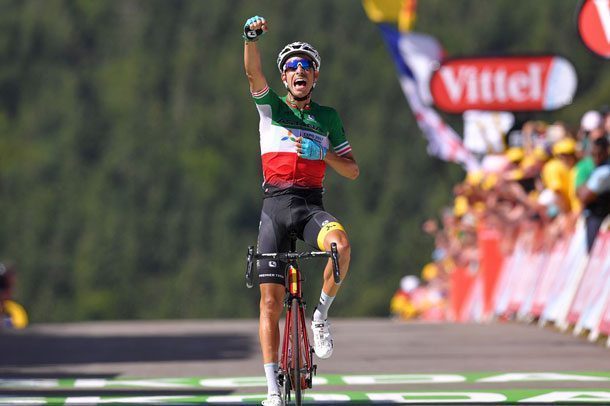 This victory was hard fought and well-earned. Chris Froome was strong, determined and ever vigilant, and he dominated the race as only great champions know how. He had plenty of rivals, but he was able to prevail as the best, sustained by a fantastic Team Sky, which was designed specifically to win the Tour. One of his team mates who deserves a special applause is another great Sidi champion, Ponferrada World Champion Michal Kwiatkowski; he was out ahead every single day, pushing the pace relentlessly for his captain with head, heart and legs, yet still finding the energy to have a fantastic time trial on Saturday in Marseille, where he came in second by 1”. 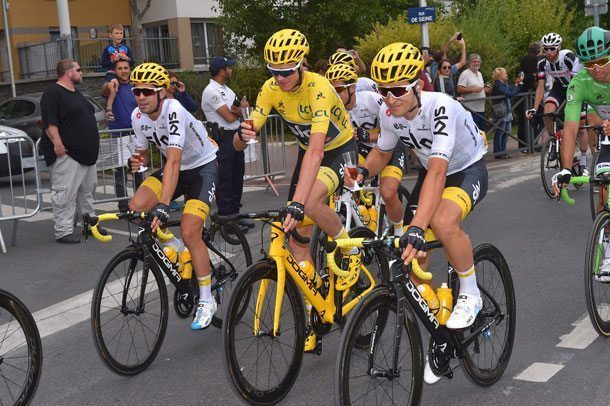 Unfortunately, he didn’t make it to Paris, but Marcel Kittel (Quick-Step Floors) also deserves a shout out from Sidi. He was the real king of the sprints in this Tour, winning five awesome stages and spending quite some time wearing the green jersey for points.