Attend RAAMapalooza At Oceanside Pier this Saturday as RAAM Kicks Off

The (Real) Season Openers of SoCal

Sixty years as a fixture, pioneering trademarks and technological innovation

It was 1960 when an old barn was transformed to create the first SIDI artisan workshop that produced hiking boots and sports shoes. The company’s indefatigable founder, Dino Signori, mastered the craft of shoemaking during extensive experience working in various shops, while simultaneously pursuing his studies beyond the fourth grade. It was a time that Dino describes as when he “really started to work.” 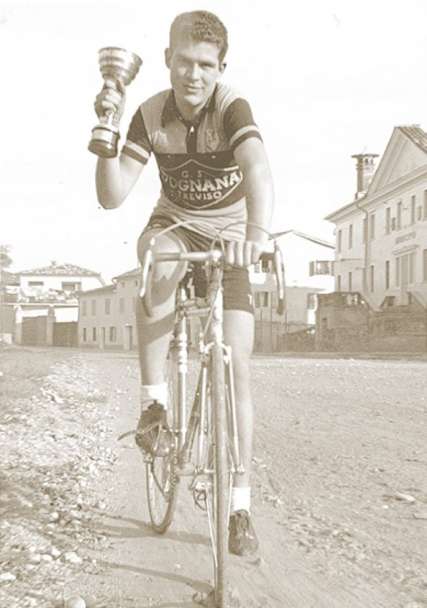 Determination is one of Dino Signori’s irrefutable characteristics. For him, a decision is the same thing as a done deal. Presumably, he learned discipline, another trait that sets him apart, during that time in his life in which there was a lot to do: train on a bicycle – his greatest passion – studies and work; all of this during a historic era in Italy’s past when the country was thriving and there was a fantastic drive to breakthrough and succeed.

Who could imagine that everything started on the back of a Vespa? That was how Dino did his very first “market research”, as he covered endless kilometers and faced all sorts of weather challenges. The initial orders for his first products started coming in 1959. And so, the enterprise took off and, with bold business savvy, the company with headquarters in Maser (Treviso) expanded to become the fantastic operation that shines today among the hills of Asolo. 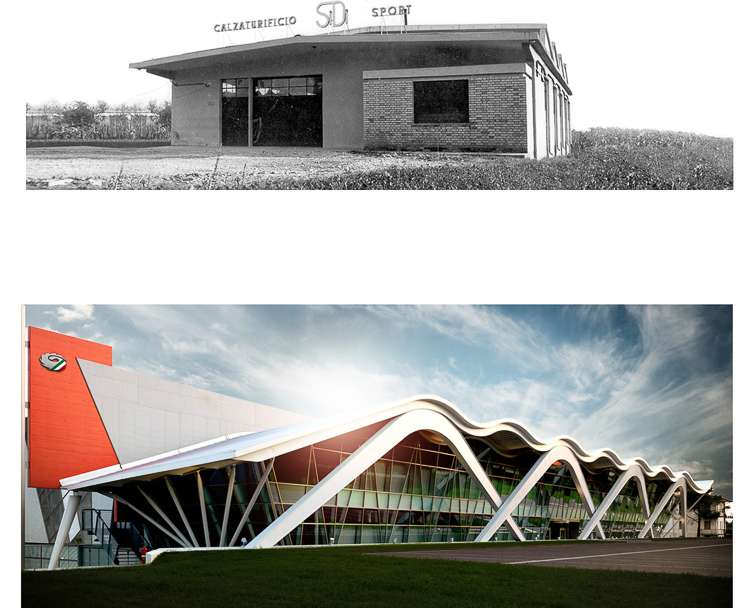 The sacrifices he has had to make in life and in sports have taught Dino Signori to persevere, so after SIDI’s rapid rise in the post-war age, the company changed course in the 70’s to specialize in the production of motorcycle boots and cycling shoes, sectors which soon became the market for the brand’s main business. The company was quickly carving out a name for itself in the world of sports shoes.

There are many stories of innovation that could be told from the pages of Dino Signori’s company history. Creativity, passion, competence and intuition led Dino to develop his original ideas and register trademarks which became cornerstones in the industry. From heel-opening ski boots in ’66 to the motocross boot with a six-lever closure system in ’69, to the unsnapping clip in ’73 that revolutionized bicycle shoe clip systems of the day, which up to then had consisted of fixed screws that blocked a rider on to the bike pedals. 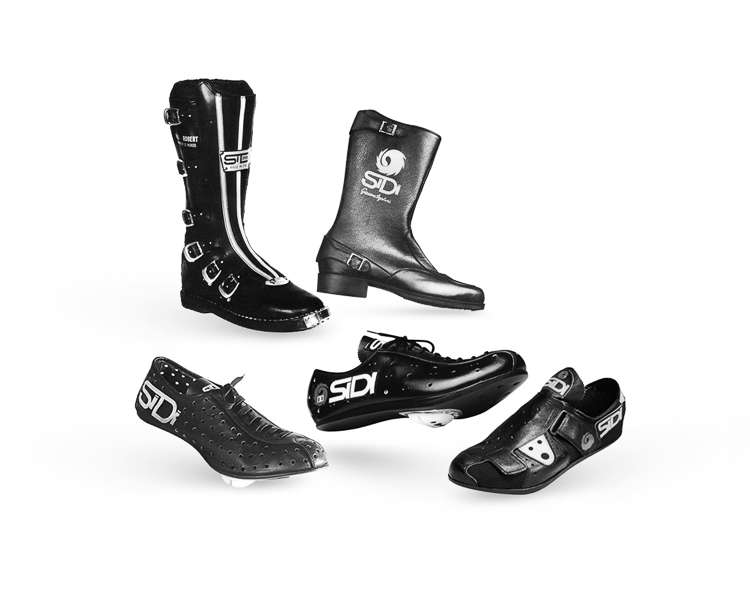 From the 70’s on, there was a quick succession of innovations and successes: nylon soles, the use of Velcro, micrometric levers, updated closure systems, the first MTB and Cyclocross shoes and many more products have highlighted the stages of SIDI’s expansion.

With the 90’s came a greater focus on design and styles, which have made SIDI shoes veritable icons throughout time. 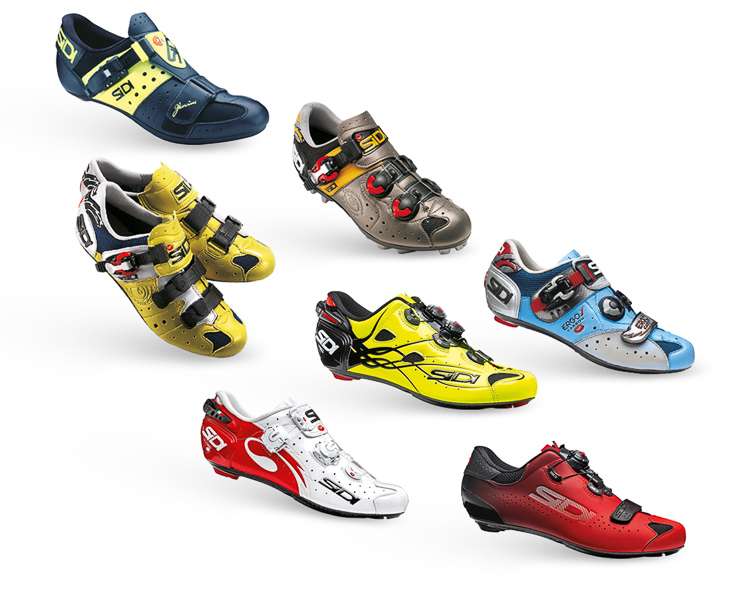 The carbon sole was introduced in the early 2000’s. The history of shoes is rapidly evolving, as is the rest of the world of sports.

Motorcycling has also had a good run. In 1968 the company became interested in the world of motors on two wheels, and we soon realized that the pilots needed proper equipment. A lot of thought, sketches and projects went into producing the Grand Prix, which featured a six-lever closing system. Then came the quick heel closure, the ‘fix-lock’, which led to the revolution in what had been considered protection until then, the ‘quick-release mechanism’ that debuted in 1986. This evolution culminated in the Vertigo corsa about ten years later. The latest generation of on- and off- road boots feature sophisticated technology that guarantees excellent quality standards of protection and comfort, as well as unparalleled performance. 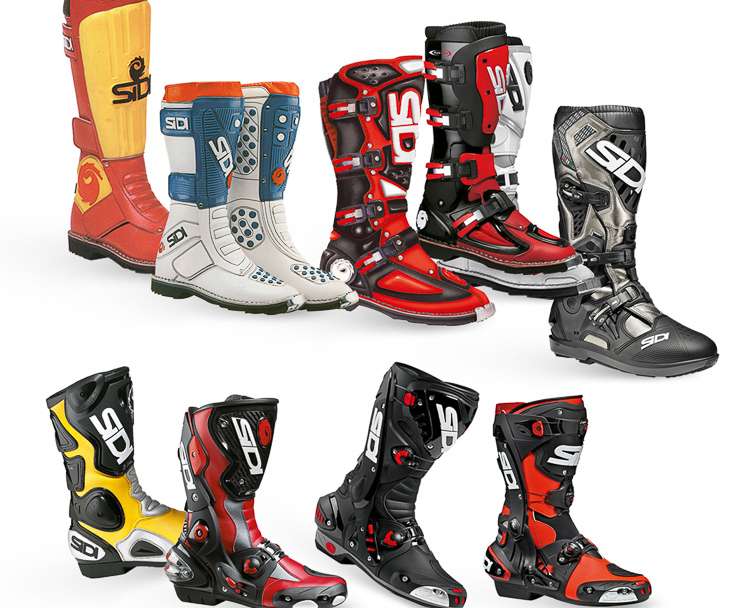 Dino Signori is a company man, the first one to enter the factory and the last one to leave late at night. But he also a man who loves to measure up. “Only by competing and with feedback from athletes who use our shoes can we keep improving, day in and day out,” says Dino. This is why SIDI has always invested in the support of athletes like Francesco Moser, Giacomo Agostini, Joel Robert, Stefan Everts, Paolo Bettini, Tony Cairoli, Billy Bolt, Egan Bernal and Richard Carapaz, just to mention a few. All these riders have contributed to the development of the products which have made SIDI a world-leading company in the production of cycling shoes and motorcycling boots. The first 60 years are behind us but, as Dino Signori likes to say, “the future is still to be written.” And we will carry on into the future without compromise, in the same style as the company’s founder. 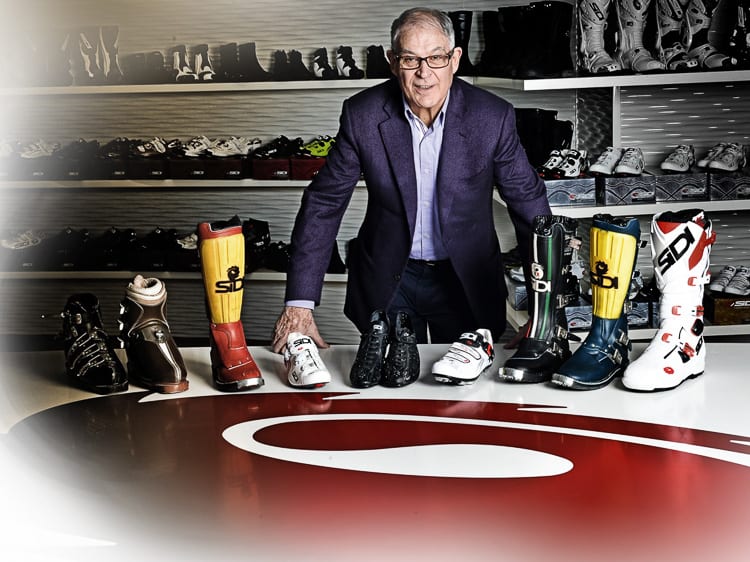 Sixty years of history and success is a lot to cover in just a few sentences; that is why this will be just the first in a series of stories we will be telling about SIDI in the year of their anniversary.