Rider Diary: Extending the Season and Racing in Mexico, By Lucas Binder

As part of the fight against the spread of Coronavirus (COVID19), Amaury Sport Organisation, with the agreement of the Union Cycliste Internationale (UCI), has decided to not organize Paris-Roubaix race on its scheduled date on April 12th.

It was just a year ago in  2019 ,  where it was written in the stars: that there couldn’t have been any better venue for Deceuninck – Quick-Step, a team who has become synonymous with the Classics, celebrated their 700th victory than the iconic André-Pétrieux Velodrome, where after 257 kilometers which featured 6 076 000 cobblestones making up for a total of 29 pavé sectors, Philippe Gilbert raised his arms in the air and celebrated one of the finest wins of his career at Paris-Roubaix. 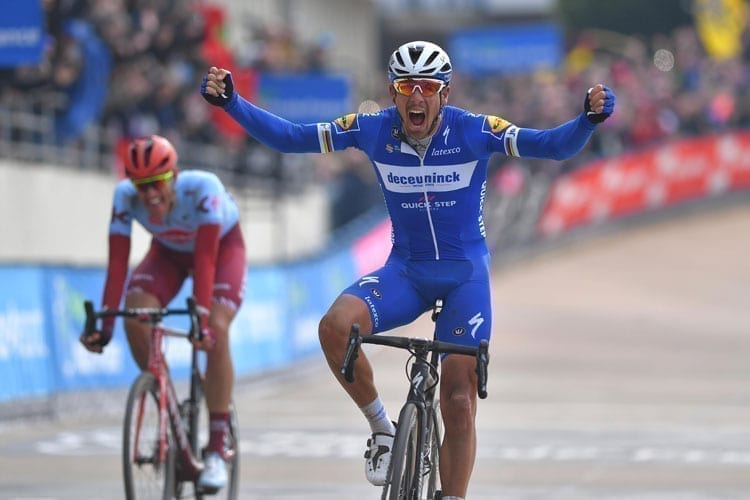 Deceuninck – Quick-Step CEO Patrick Lefevere and several team  riders talk of what makes Paris-Roubaix special and unique, a race that since its birth at the turn of the 20th century has earned a well-deserved reputation as the “Queen of the Classics”.

Video: Episode 1 of The Run Up – Liège-Bastogne-Liège

Diamonds in the Sand Cycling Docuseries

Ride with Us – Video & Experience the Claremont Hills Wilderness Park

SUGOI Apparel is Available for Purchase Through March 22nd