The pace was frenetic over the last few kilometers of the 2018 Colorado Classic on Sunday, but team UnitedHealthcare stayed on top of it as Gavin Mannion secured the biggest victory of his career. 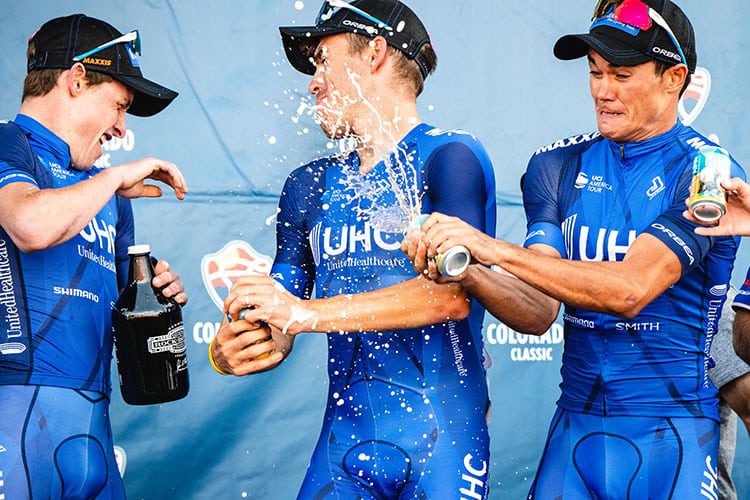 “This was the best week of my cycling career and today is probably the best day,” Mannion said. “Now I’ve been with UnitedHealthcare for two years and with the team coming to an end, giving them a big victory is huge. I never gave up on the cycling dream and am happy to finally win a big race.”

The icing on the cake for UHC was the thrilling Stage 4 victory of Travis McCabe.

“For us to come out and race and get the win – more importantly, get the win for Gavin – is what we wanted to do. I’d say it’s a pretty emotional time for us,” McCabe said. “We’ve always come out swinging and this year especially showed our capability as a team. It’s a special moment.”

The urban excitement was electric Sunday as the 2018 Colorado Classic wrapped up with Stage 4 presented by Gates Industrial Corporation, a circuit race around downtown Denver on a 9.1-mile course that started and finished at the Velorama Festival and sent racers around Coors Field, through North Capitol Hill and Uptown to City Park. There were 74 survivors in the Stage 4 race and they completed eight laps for 71.2 miles, all characterized by intense speed, focus and several breakaways. 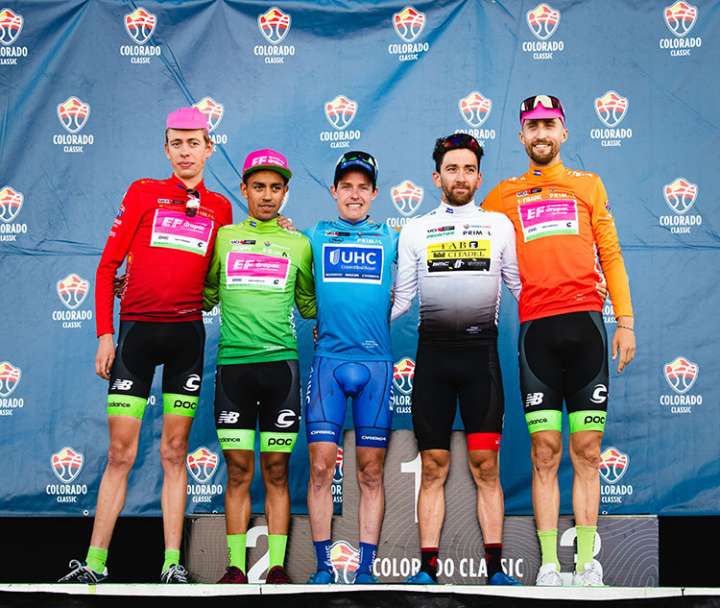 After a few valiant but unsuccessful early surges by Colorado native Taylor Phinney (EF Education-Drapac p/b Cannondale), whose efforts earned him the FirstBank Most Aggressive Rider jersey, numerous racers took turns blasting ahead of the pack throughout the race, but none to much avail. The decisive moves came down to the homestretch, where the UHC riders cranked madly to the finish line and McCabe powered over it by a wheel as Ty Magner (Rally Cycling) and Joseph Lewis (Holowesko-Citadel p/b Arapahoe Resources), followed in second and third, respectively. Lewis once again earned the Frontier Airlines Sprint jersey as Colombian phenom Daniel Martinez Podeva (EFD), nabbed the IKON Pass Best Young Rider jersey for the third day straight.

Hall walks away with fifth overall win of 2018

“This has been a really special race,” she said. “I’ve won five stages in America this year and I’d never won a stage race in America before this year. It feels pretty good. Last year we had a teammate – Ruth Winder – that was really good. I raced for her and she won almost all the stage races. This year it was my turn.”

Hall’s teammate Leah Thomas finished second in the overall race, clinching the Colorado Tourism Office Queen of the Mountain victory, making for a banner finale for UHC, whose cyclists have won every stage race they’ve entered this year, but which will be disbanding after 2018. The race was especially memorable for UHC cyclist Lauren Hall (no relation to Katie). The Colorado Classic was the final pro race for the 39-year-old veteran, who finished 11th overall and whose career highlights include stage victories at the Cascade Classic and Tour of the Gila. 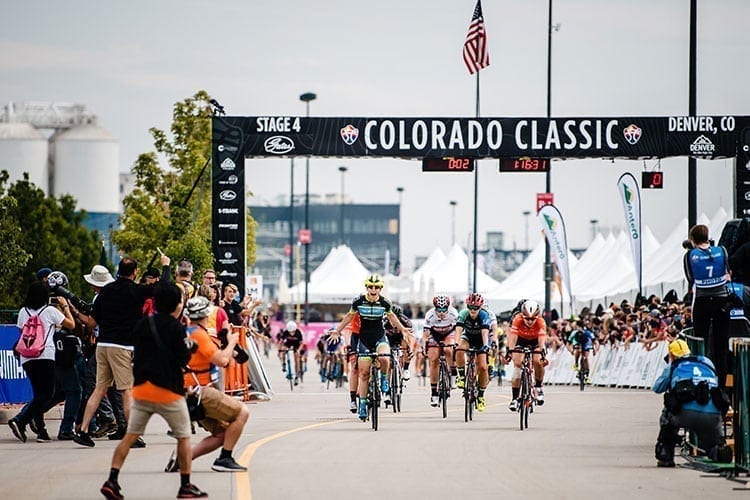 “Today may be the end of our team,” Katie Hall said, adding that she’ll be moving to Europe, having signed with Dutch powerhouse team Boels-Dolmans, but not without a final party with UHC first. “It’s going to be a big change. We’re going to celebrate Lauren and this wonderful group of people I’ve been a part of for all these years.”

After taking second in Saturday’s stage, Ryan was one of the leaders digging deep across the line, head down and grinding the pedals down the homestretch of Stage 4 presented by Gates Industrial Corporation on Sunday. She finished a wheel ahead of Emma White (Rally Cycling) as Allison Beveridge (Rally) rounded out the Stage 4 podium.

“It’s great to come back and finally get a stage win,” Ryan said. “It was super sketchy. Everyone was fighting, going for the stage win. I went through a lot of holes that weren’t even there … lots of people yelling at me. I was really happy my teammates fought for me all day.”

The final stage of the 2018 Colorado Classic women’s race made possible by Antero Resources was a circuit around downtown Denver on a 9.1-mile course that started and finished at the Velorama Festival, sending racers around Coors Field, through North Capitol Hill and Uptown to City Park and back. The women completed four laps for 34.8 miles, all characterized by attacks and tight squeezes, including two corner crashes among a few riders, all of whom got immediately back into the saddle. 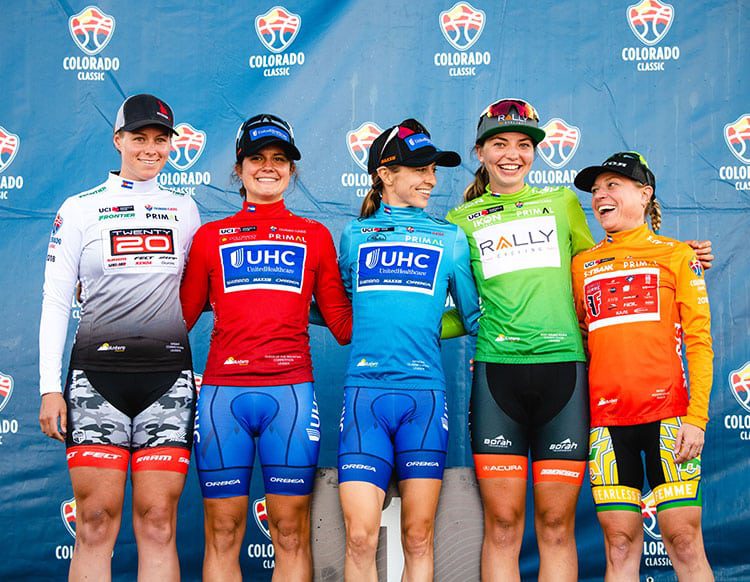 In the sprinters-suited race, Stage 3 winner Jennifer Valente (Twenty20 p/b Sho-Air) held on to the Frontier Airlines Sprint jersey as Gillian Ellsay (Rally) clinched the IKON Pass Best Young Rider jersey after also earning it in Stage 1 and Stage 3. With attack after attack on Sunday, Flavia Oliviera (Fearless Femme) came away with the FirstBank Most Aggressive Rider jersey.

As in Stages 1 and 2, the women competed on the same course as the men, with an attrition of 64 racers competing in Stage 4 on Sunday.