What to Do if you Sustain Head Trauma While Cycling

As part of the excitement generated by each of the Grand Tour events, we now enjoy more live TV coverage than ever before. Viewers all around the globe can now watch races in their entirety or catch up with key elements like time trials and sprints, which enables fans to get up close and personal with all of their favourite competitors.

What’s more, the Grand Tour events have also become hugely popular from the perspective of online betting. This has led to a wider range of bookmakers who offer cycling betting markets, which not only adds additional interest for those following the action carefully in each of the Grand Tour events; it also means in-depth data and statistics are now more abundant for each race.

Nevertheless, there’s one statistic for the trio of Grand Tours that arguably stands out above any other: no single competitor has ever claimed victory in all three in a single year. Likewise, only seven riders have ever managed to accomplish the ‘career grand slam’ feat, which is winning each of the Giro d’Italia, Tour de France and the Vuelta a España, at least once apiece throughout their entire careers.

The first to accomplish the feat of winning each event during their career was Frenchman Jacques Anquetil in the early 1960’s, having achieved 5 Tour de France wins and 2 Giro d’Italia wins while also claiming a Vuelta a España victory once in 1963. In the last two decades, Alberto Contador, Vincenzo Nibali and Chris Froom, have all won each race at least once.

To put the difficulty of winning all three Grand Tours during one calendar year into some perspective, between 1955 and 2019, only 47 riders have actually managed to complete each race in the space of one year. The most recent to do so was Belgian rider Thomas De Gendt, who finished 51st at the Tour, 60th at the Giro and 56th at the Vuelta in 2019.

What’s more, only two legendary competitors have ever finished inside the top ten of each race, during one calendar year. These iconic kings of road racing were Raphaël Géminiani in 1955 and Gastone Nencini in 1957. Since then, nobody has managed to match their amazing achievements. 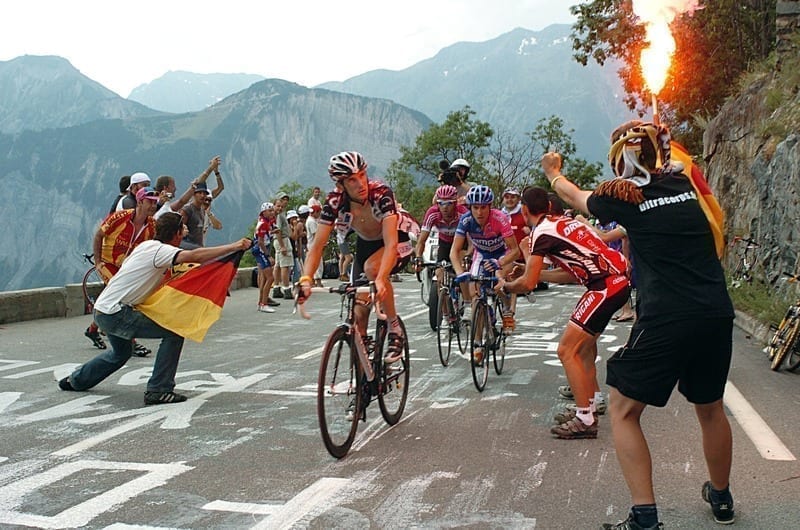 More than six decades later, only one road racing competitor has come anywhere close to matching their achievements. This was in 2016 when Alejandro Valverde from Spain finished 6th at the Tour, 3rd at the Giro and 12th at the Vuelta. This underlines the extreme difficulty of not only being able to finish all three, but also doing so with any chance of actually winning each tour event.

Nevertheless, the elusive dream of claiming all three titles in one year still remains just that. However, records are always there to be broken and in the world of endurance road racing, one champion will emerge to eventually achieve the seemingly impossible. They will be heralded as the greatest of all time.