Spring had turned to Summer and so the 2020 edition of ‘La Primavera’ could be more accurately called ‘l’Estate’. Not only that, the longest race on the cycling calendar had an extra 6 km added to its length, totaling 305 km. In spite of these changes, La Classicissima itself remained the same – the sprinters’ classic that comes to life on the famous climbs of the Cipressa and the Poggio. The break made their escape early on and this group of seven soon took an advantage of 6:30. This lead dropped as the day progressed, the bunch slowly chipping away at the break, with the time gap dropping to below three minutes as the escape started to lose tired riders around the 70km to go point. With 40km remaining, the peloton closed in fast and the break started to attack one another in a last attempt to stay ahead, but it was for nothing, as they were caught with 35 km left. This was where the race for the finale started. An attack on the slopes of the Cipressa was swiftly pulled back, before Daniel Oss went on the attack at the summit and his move stretched out the pack on the descent, shrinking the size of the peloton ahead of the Poggio before being caught at the foot of the climb. Two riders made the jump off the front near the top of the Poggio – Wout Van Aert and Julian Alaphilippe – and increased their lead on the descent. As the race reached the finish line after more than seven hours in the saddle, it was moments too late to beat this breakaway duo. The chasers could only fight amongst themselves for the remaining positions, Peter Sagan crossing the line just two seconds after the winner to take fourth position in the sprint.

“This year’s Milano-Sanremo was the longest one but I’d say it was less stressful than the previous editions. The climbs weren’t as difficult and the peloton started being nervous after topping the Colle di Nava. As for me, I don’t have yet the condition I had at this race in the past. My form is steadily getting better, after the Strade Bianche I have definitely improved but I’m not in a position yet where I could have responded to Van Aert and Alaphilippe on the Poggio. I think my season starts at the Tour de France this year and, in my view, I’m on the right track. Last but certainly not least, I’d like to thank all my teammates for their effort and dedication today.” – Peter Sagan 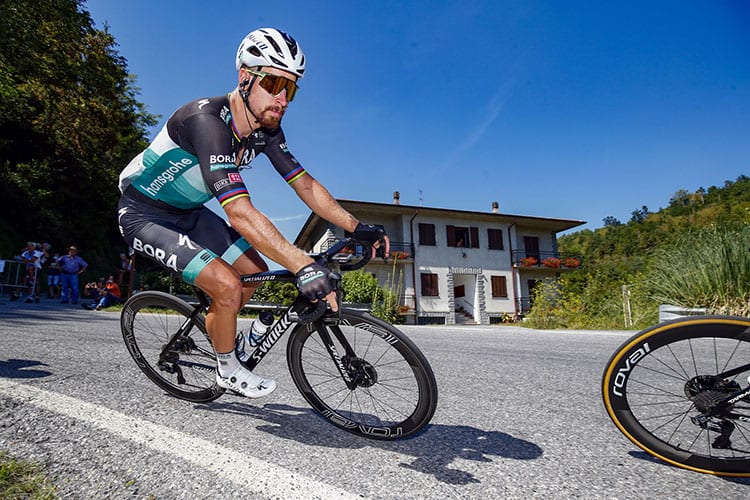