Bicycling and the Law: Night Riders and Commuters©

Driver Charged with DUI after Killing 5 Cyclists in Nevada, Join the Virtual Ride In Support

The countdown is on for the next event on the XTERRA Europe calendar as athletes gear up for XTERRA Trentino Dolomiti Paganella on September 24th to 26th. XTERRA Europe is partnering with Europe Triathlon to bring you the 2021 European Cross Triathlon and Cross Duathlon Championships, promising exciting racing as athletes battle it out for the championship title. This race doubles up as the inaugural XTERRA Trentino Dolomiti Paganella.

Athletes representing their European Federations will be racing alongside non-federation athletes who may participate in the XTERRA open category in both the Triathlon and Duathlon events. As the inaugural event, XTERRA Europe look forward to welcoming athletes to this beautiful new location. Having recently hosted the XTERRA Dolomiti di Brenta Trail Marathon earlier this month, and the XTERRA Molveno Short Track race back in October 2020, it has proved a big hit with sports-lovers and families.

Starting tomorrow, Andalo Life Park will be alive with activity as athletes prepare to race in the cross-duathlon on Friday, September 24th and the cross-triathlon on Sunday, September 26th. Both courses promise to be unforgettable with the towns of Molveno and Andaloshowcasing what the area has to offer. From the breathtaking and enchanting lake to the scenic run course and the challenging but equally rewarding bike route, this course will prove a real treat to athletes and spectators alike.

With this event being one of the first chances athletes have had to represent their country at a championship event this year, they will be ready to go all-in to deliver their best result. Elite athletes will also be competing for the prize-purse on offer, while athletes racing in the open category will be looking to secure their spot in the XTERRA World Championships later in the year. 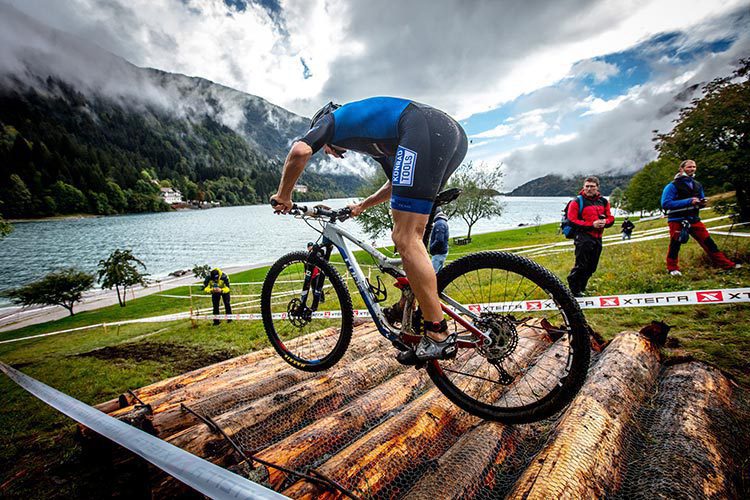 “I came to the area last year for the XTERRA Short Track race in Molveno. It was incredible to win here, the race was incredible, and I love the place. I can’t wait to be back and part of another Dolomites experience!” – Ruben Ruzafa

“This is an amazing location full of nature and surrounded by mountains with breathtaking views, it can’t get any better than that. There are so many new faces which is great for the sport. On race day, I just plan to give my best and enjoy the race and the beautiful venue.” – Michelle Flippo

XTERRA Is Back With XTERRA Italy, Lake Garda – Watch Live