Social distancing has led to the creation of the all-new virtual cycling competition the Digital Swiss 5. The competition is being shown on British media giant the BBC’s streaming services and features 19 cycling teams taking part in a mini-virtual version of the Tour de Suisse. Major sportsbooks are offering odds on the various stages of the competition and cycling fans can sign up Bet365 to wager on the rider they believe will win the Digital Swiss 5.

What is the Digital Swiss 5?

The competition began on Wednesday, April 22 with 19 road race cycling teams. The competition respects the rules of social distancing as riders compete in the virtual competition from the comforts of their homes. Riders compete on their training bikes rather than on the actual course among other competitors. The 2020 Tour de Suisse was cancelled and the Digital Swiss 5 offers pro cyclists the chance to ride in the race. The Digital Swiss 5 runs from April 22 to April 26, and could spawn further virtual cycling races. 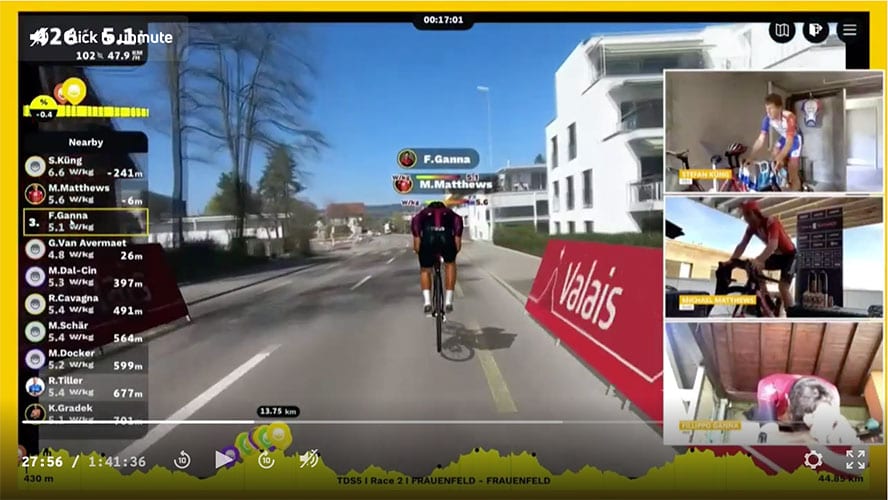 How does the Digital Swiss 5 work?

Each race day sees three members of each team join the cycling course. The teams select the members they want to ride on the day. The trio of cyclists will ride the course via their monitors and compete in real-time for an hour.

The virtual race will resemble authentic stages of the Tour de Suisse. As the course changes with ascents and descents, and resistance is put on the bike’s pedals. The race course combines straights, hills, and mountains. The entire course is developed from the actual Tour de Suisse stages.

Who are the cyclists?

Nineteen race teams are competing in the Digital Swiss 5. Teams include Quick-Step, Mitchelton-Scott, and AG2R. Some well-known cyclists are riding in the virtual race and include Ben Swift, Ian Stannard, and Nicholas Roche. The competition will also see World Champion Mads Pedersen and Olympic gold medalist Greg van Avermaet. 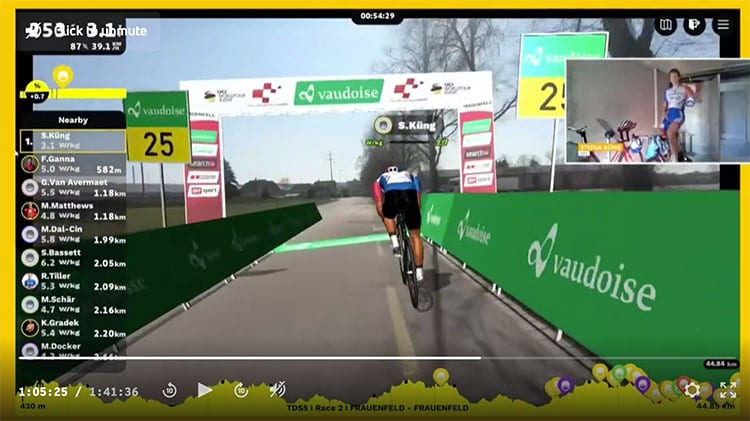 Could other races go virtual?

The Tour de France has been moved to August and September this year, but there is no guarantee the race could go ahead. Retired German cyclist Marcel Kittle recently spoke about his cynicism over the Tour de France actually going ahead.

The Tour de France could also be held as a virtual race in August and September, completely changing the way in which digital sports events are held. If the Digital Swiss 5 is a success, then long-distance running races such as marathons and ultra-marathons could be held too. Using monitors and treadmills, running races could be the next major individual sport to be held virtually. For now, more cycling events could be held this season thanks to virtual racing.

Ride, Run or Walk to Help Lead the Charge against Cancer at the UCI Anti-Cancer Challenge