Have Your 2013 Cycling Team & Club Kit Featured on SoCalCycling.com

The 2023 Tour de France countdown has officially begun as we enter the new year. Today, we’ll look at the favorites to win it all.

As the 2023 Tour de France has officially been confirmed for July and will begin in Bilbao, fans and critics alike are speculating on the potential winners of the most prestigious cycling event. Will Jonas Vingegaard emulate his 2022 success? Can Tadej Pogacar put himself back in the limelight? Or will an entirely fresh-faced cycler emerge as this year’s champion?

Last summer, we witnessed one of the most spectacular Tour de France competitions in recent cycling history, which further adds to the uncertainty of the 2023 edition.

An extensive amount of mountain climbing during so many different points of the event makes it extremely difficult to predict. Calculated strength will undoubtedly be crucial. 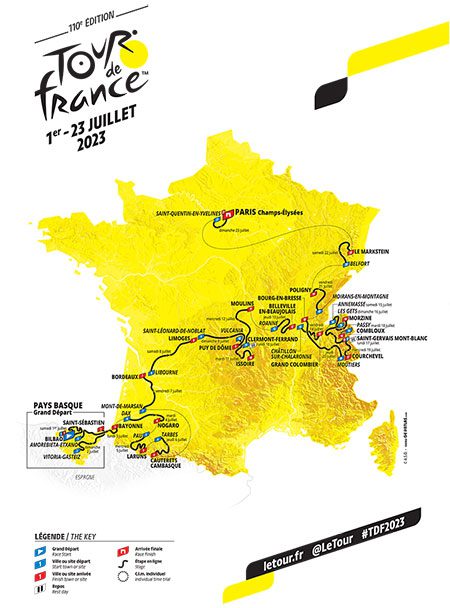 Regarding the competitors, Vingegaard will be aiming to defend his title, and this is a possibility. However, Pogacar will be determined to win back his lost crown. This determination can be said for Egan Bernal, who won the 2019 Tour de France. And we cannot ignore the rising number of teams and riders who want to be involved in the yellow jersey battle.

The likes of Remco Evenepoel and Primoz Roglic will be serious contenders. They should be respected by online betting sites, as the latter and Pogacar realize nothing can be taken for granted when considering recent Tours. Following the events of 2022, it’s difficult to avoid the feeling that anything could happen at the 2023 Tour, so don’t be too confident with your wagering desires and look to bet on value across a handful of names instead of going all in on one rider.

He emerged as the Tours’ surprise entry in 2021, finishing as a runner-up when Roglic crashed out. However, Jonas Vingegaard and his team, Jumbo-Visma, delivered the perfect game plan against defending champion Tadej Pogacar in 2022. When winning the Tour de France, the Danish star put his name on the map. Pogacar has yet to gauge Vingegaard when the Dane is protecting the yellow jersey, and for now, he sits atop the pile as the favorite for victory in 2023. 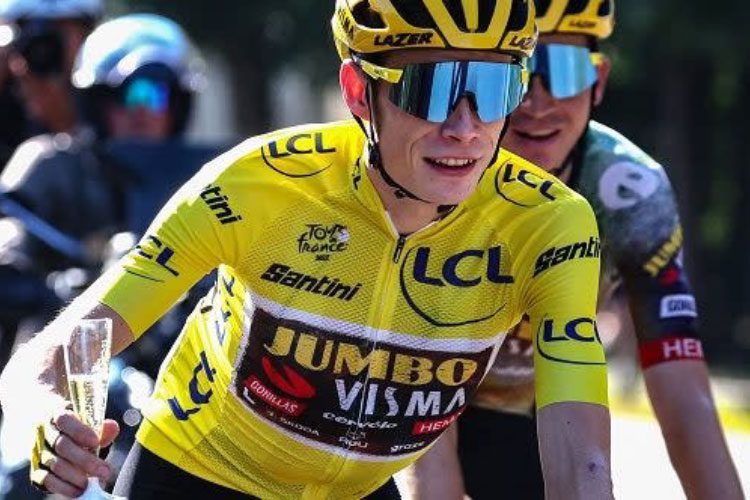 The slightest glance at Tadej Pogacar’s Tour de France record will make it evident why he’s considered a top contender for Vingegaard’s title. Looking at overall results from the previous three years, Pogacar is the most accomplished Tour de France competitor.

His presence on the start line of this year’s Tour is a huge success alone, no matter where he places. Following life-threatening injuries from a horrific crash in January 2021, the return of Egan Bernal has been inspiring, especially considering it seemed unlikely that he’d ever return.

Critics will remain speculative about his chance of rising to the top, but given such a fast comeback, the odds of him going all the way to his top form are unquestionably possible. Most notably, Bernal’s ability to climb excellently and time trials are good enough to make him a serious GC threat for the upcoming course.

While he’s the oldest rider of the top four 2023 Tour de France favorites, we shouldn’t neglect the misfortune that’s prevented Primoz Roglic from winning a Tour. Consecutive years of crashes and bad injuries ruined the Slovenian’s 2021 and 2022 efforts.

Age doesn’t favor Roglic, as he’ll turn 33 before the Tour de France 2023 gets underway. However, it hasn’t stopped his notable efforts in recent years, and as the Tour begins in the Basque Country, he’ll thrive against the narrow uphill course as he’s done in the past.