The undulating course of the third stage of the 2020 Tour de France, with its three categorized climbs, suited Peter Sagan, and wasn’t as tough as it might have first appeared. The most difficult ascents of the 198km route would be over with a little more than halfway through the day, meaning it was mostly flat or downhill to the finish – it was just a matter of getting there safely. Three riders leaped off the front at the start of the day, building up a lead that at first stayed around two minutes. As rain fell on the course, this breakaway group started to slow, until a solo rider went off the front and extended their advantage to more than five minutes as the road shifted to more downhill than up.

Having taken points on yesterday’s stage, Peter Sagan was on the hunt for more, and with Daniel Oss leading him out, the Slovak rider was the first from the bunch to cross the line in the intermediate sprint. From here, it was a race to see who was going to take the stage win, and with the solo rider’s lead down to under a minute, it looked like the day would end with a sprint. By 20km to go, the peloton was less than thirty seconds behind, and the catch was made 5km later. The pace ramped up here and the BORA-hansgrohe riders were keeping safe as some road furniture created nervousness in the bunch, with no one team wanting to take control. The slight uphill to the line, along with a headwind, slowed the sprinters, but Daniel Oss created space for Peter to start his kick, keeping the power down and looking strong to take 5th position, having started a little early. The day’s points total saw him end the day with the prestigious Maillot Vert on his back as he climbed to the top of the points standings. A crash in the final 7 km saw Lukas Pöstlberger take some abrasions but the Austrian rider completed the stage and will undergo tests to be sure there is no concussion. 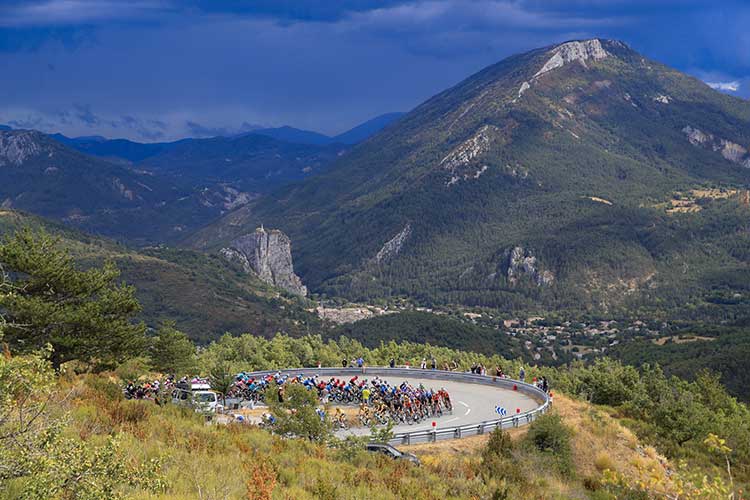 From the Finish Line

Peter Sagan described the sprint, “It was a pretty messy sprint. In the final three-four kilometers of the stage, we had a terrible headwind and everybody was all over the place, riders were coming to the front then dropping back, it was messy. Thanks to Daniel’s lead-out work we were able to position ourselves well but I think we launched the sprint too early and at about 150 meters from the finish I was overtaken from the right. Still, I’m happy for this green jersey, it’s nice to wear it and I’ll do my best to keep it all the way to Paris.” 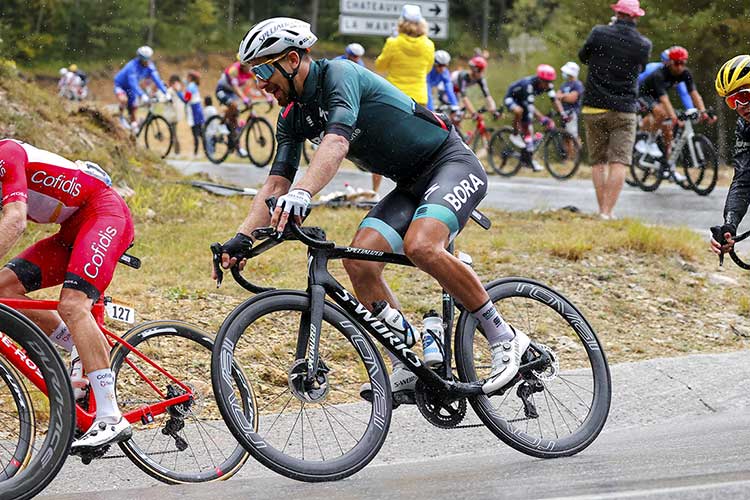 “The stage got off to a fast start with three riders in the breakaway. We tried to save energy and were fully concentrated on the finale. Midway through the stage, there were some rain showers that made the descents dangerous but everything worked out well in the peloton, without any crashes, a major improvement over the previous days. Unfortunately, Lukas fell with 7km to go and we worked to place Peter in a good position for the sprint. We knew there was a strong headwind, so we went from behind. I think Peter started a bit too early but he’s now in green.” explained Enrico Poitschke, BORA-hansgrohe Sports Director.

Team Changes Ahead of the 2021 Pro Cycling Season

A Look at the Final 2020 UCI Road Cycling Rankings

Photo of the Week: The Future